This morning I woke up and had to shovel a foot of snow off of my car and my girlfriends car, my commute to work took twice as long as normal because of peoples inability to drive in snowy conditions, and yet none of that was the worst part of my morning. When I woke up I opened up twitter to catch up on my news as per the usual, scrolled past Donny saying he would beat up Joe Bidden, went past news that Dan Hurley played Pitt like a fiddle to get a better offer from UCONN, to one of the more troubling things I’ve ever read, “When Jim Thome’s Hall of Fame plaque is unveiled in July, it will feature the “Block C” logo as opposed to the “Chief Wahoo” logo that the Cleveland Indians have displayed on team caps in many seasons since its introduction in 1947″. This is a disaster of a move by the MLB for so many reason, and below are just a few I could think of off the top of my head. 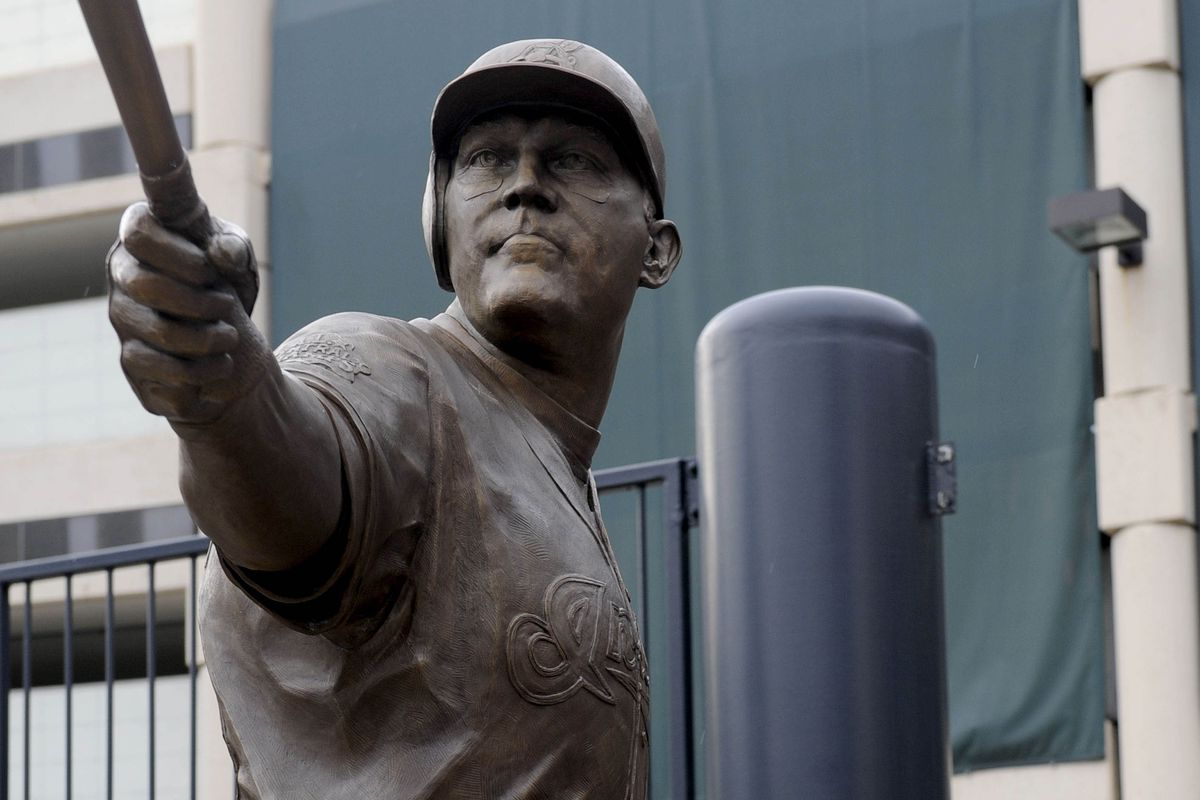 Now I know why the Indians are phasing out the Chief Wahoo logo and I know why Thome is going in wearing a “Block C” cap on his plaque but that doesn’t mean it’s not disappointing. When you think of Thome you think of him with a Chief Wahoo logo on his head. When I first read the story my first reaction was, “Well what about the other Indians already in the HOF with the chief wahoo logo are they going to change their plaques too” There actually are no players who played for the Indians in the Hall of Fame as Indians during the Chief Wahoo era. The Hall of Fame is meant to immortalize a player for their playing career, and for Thome that is with the Chief on his head. At the end of the day, the decision should ultimately be Thome’s and if he wants to go in with the Block C that’s his decisions, but I can’t help but be a little disappointed in that. When you google Jim Thome’s name the first picture that appears from his playing days is below and I think that on the plaque would be the best representation of his playing days and that should be immortalized on a plaque, but that’s just my opinion.

The MLB and Hall of Fame continually tries to erase their history, they try to pretend the steroid era never happened, they black ball the all time hits leader and now they are pretending that the Chief Wahoo logo never existed. You are never going to make everyone happy, if you put him in with the Wahoo logo people will be pissed, if it’s the Block C logo people will be pissed, he might as well get the plaque made that actually represents his time as an Indian rather than trying to keep everyone happy.