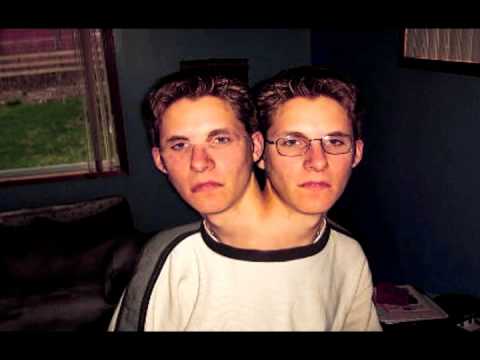 What a roller coaster of a day yesterday was. When the Jets went up 16-0 on the Bills I felt invincible, I mean the defense was getting turnovers and pitching a shutout, and the offense had just drove down the field with ease.

Also, at that point in time every pick I made was looking like a winner, the Vikings and Ravens were winning easily, and the Rams Panthers game was still well under. Then the Jets decided to blow a 16-point lead, and the Rams and Panthers decided to put up a combined 21 points in the 4th quarter, turning what was looking to be a 4-game sweep into a 2-2 performance.

I won’t get too much into the Jets game here because I am going to breakdown the film later in the week, but the more things change the more they stay the same. The Jets have to have the most blown fourth quarter leads over the last 10 years of any team. I hated the Adam Gase hire when it happened in the off season and I allowed my opinion to be swayed when they put together some good preseason drives. However, what I saw yesterday was an absolute disgrace. You could have had Hellen Keller calling the offensive plays yesterday and it would have been better play calling then what Adam Gase called. Adam Gase is supposed to be this guru and his play calling yesterday was shit. Some of that can be attributed to the Jets offensive line looking like they would struggle against a JV high school team. Some of it can be attributed to Darnold not being able to hit the broad side of a barn on throws that were more then 5 yards down field. However, what I saw yesterday was not unique it was not ground breaking it was the same old shit I watched last year with Bates calling the plays. It was short passes with the occasional deep shot to Bob Anderson.

Then with all the hatred and anger I had about the Jets it was looking like I was on my way to a 1-2 performance in the late games. The Colts and Chargers couldn’t stop putting up points, and the Cardinals were down 18 points early in the 4th quarter. Then the Cardinals came back from 18 down and went on to tie covering the +2.5 spread, putting me at 4-3 on the day. It wasn’t great, but we were up and all we needed was low scoring game in the night game and we would be 5-3 on the day and up a few units despite the poor 1 pm performance.

I then sat there and watched the team I hate more than perhaps any other thing in the entire world just put a beat down on the Steelers. When the Patriots scored with 8 minutes left in the 3rd to push their lead to 27-3 I was almost certain the Pats were going to hit the over themselves. Thankfully the game stayed under the total and we were able to finish the night 5-3. Let’s hope for some easier winners tonight, now onto the picks.

I think a lot of people are putting too much stake into how last season ended when it comes to the Saints. People are acting like winning week 1 against the Texans is going to avenge how their season ended last year. When you look at the Saints last season you will see that they were 3-6 as Home favorites ATS. I do think Houston will miss Clowney in this one and I expect Kamara to have a solid game running the football. Still even if Kamara has a big game I expect the Texans to keep this one close. I like the addition of Johnson and Hyde at running back, and if Will Fuller can return to his levels pre-injury last year the Texans should have a potent offense. Add in a top 5 LT to keep Watson upright and I think they are poised for a big year. I like the Texans in this one and I might even sprinkle a little on the money line, but the pick will be to take the points. I might suggest buying half a point just to get the spread to a football number, but you should be safe taking +6.5. Pick: HOU +6.5 Prediction: HOU 27 NO 24

What an utter disappointment the Jon Gruden era has been since his return to Oakland. The Raiders give him an insane contract and since that time they have been the laughing stock of the league. I think their defense this year should be alright with some young guys up front and a scumbag at middle linebacker. However, I wasn’t sold on Derek Carr to begin the preseason and I’m sure as hell not sold on him when his second receiving option is Hunter Renfrow. Now we go to the Broncos who bring in a new head coach and a new quarterback to try and regain some of their magic from a few years back. I mean I don’t think there is a single game in the NFL’s opening week slate that I have been less excited about. This game is going to stink, who the hell wants to watch Joe Flacco and Derek Carr battle for 60 minutes? The answer is no one. Take the under here, and if you are like me and need to double bet this game just to make it bearable take the Broncos to cover. Pick: Under 43 Prediction DEN 17 OAK 7